Journalist ◆ Filmmaker ◆ Academic | Censorship or Death: Russia's War Against a Free Press in the Caucasus
3280
portfolio_page-template-default,single,single-portfolio_page,postid-3280,do-etfw,ajax_fade,page_not_loaded,smooth_scroll,

Censorship or Death: Russia’s War Against a Free Press in the Caucasus 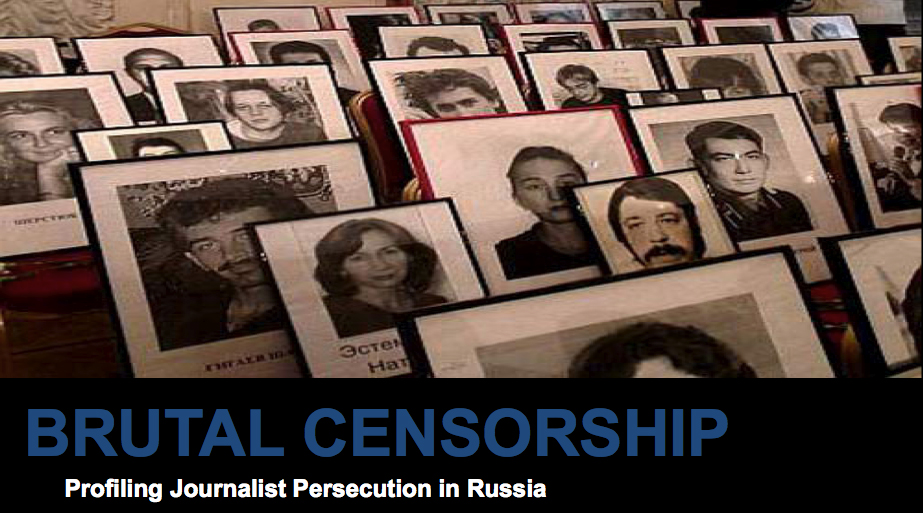 See this story as it originally appeared at the Pulitzer Center.

Since 1993, more than 35 journalists in Russia have been murdered for their work. Of these some 14 were killed in Chechnya, the North Caucasus region or in St. Petersburg, according to the International Federation of Journalists. The Committee to Protect Journalists estimates that about 19 journalists have been assassinated in retaliation for their reporting since Vladimir Putin came to power (including three in 2009).

Fatima Tlisova has evaded a similar fate so far. From the North Caucasus, she has reported for organizations including the BBC, Radio Free Europe, the Associated Press and Novaya Gazeta, one of the few newspapers in Russia willing to provide investigative coverage of the country’s political affairs. In a country where government and police officials have been able to impose press self-censorship through threats, favors and bribes, the newspaper has paid a price for its bold journalism: Four reporters for Novaya Gazeta were murdered between 2001 and 2009.

Russia is ranked as the third deadliest place in the world to be a journalist and the ninth worst country for solving journalist murders. Tlisova stands out for her unusually prolific career.

“I worked for 10 years. No independent journalist actually survived for such a long time in the Caucasus,” she explained. ‘I was lucky to survive.”

Nevertheless, Tlisova has faced persistent government intimidation and persecution for her reports on the Kremlin’s often brutal efforts to suppress the Islamic and Chechen insurgencies in the North Caucasus. In 1998, she was severely beaten and hospitalized for two months; the perpetrators were never identified. From 2004 to 2007, Tlisova was arrested and detained five times with no legal explanation, and in 2005 she was abducted by Federal Security Service (FSB) agents, who burnt cigarettes on her fingers.

“He was laughing, saying that it’s going to teach me how to write in the future,” she said.

Tlisova finally fled Russia with her children in 2007 and immigrated to the United States. Yet despite all she has suffered, she is steadfast in her resolve to continue reporting on the government’s human rights abuses in the Caucasus.

“I have children and I love my home,” Tlisova said. “I want my home to be different than it is now.”

This year, funded by a grant from the Pulitzer Center on Crisis Reporting, she has begun an investigation on the harassment and oppression of journalists who dare to report the truth. Fatima was awarded a Reagan-Fascell Democracy Fellowship by the National Endowment for Democracy (NED) earlier this year as well, and she presented her findings at an NED-hosted event on Tuesday, June 15.

Watch an excerpt from Tlisova’s presentation to the NED:

In her presentation titled “Brutal Censorship: Targeting Journalists in the North Caucasus”, Fatima profiled eight journalists who have been marginalized by the Kremlin through forced exile, unjustified criminal prosecution or institutionalization or outright execution. Like Natalya Estemirova, who from 2006-2009 reported for Novaya Gazeta and Kavkazki Uzel. In 2009, she was abducted and assassinated, leaving her daughter an orphan; Russia subsequently refused permission to the United Nations to conduct an investigation of Estemirova’s murder.

Having personally known the late journalist, Tlisova was visibly moved during this part of her presentation. Tlisova also offered policy recommendations on how the international community could support press freedom in Russia, including the implementation by foreign embassies and NGOs of rescue operations for human rights activists and journalists in danger.

But her greatest criticism was reserved for the Russian government: “The main effort must be initiated by the Russian state, in my view, and by the Russian society,” she advised during her presentation. “[The] Kremlin must admit if it is not able to fix the situation alone, the region must be opened to free access of international democracy institutions, sponsors, peacemakers and media. Only joint efforts can bring peace to the region – the alternative is a disaster.” Tlisova’s work will be featured on the Pulitzer Center website and other news media outlets later this year.

Watch an interview with Tlisova: