Educated and ambitious, Qatari women nudge their way into the office 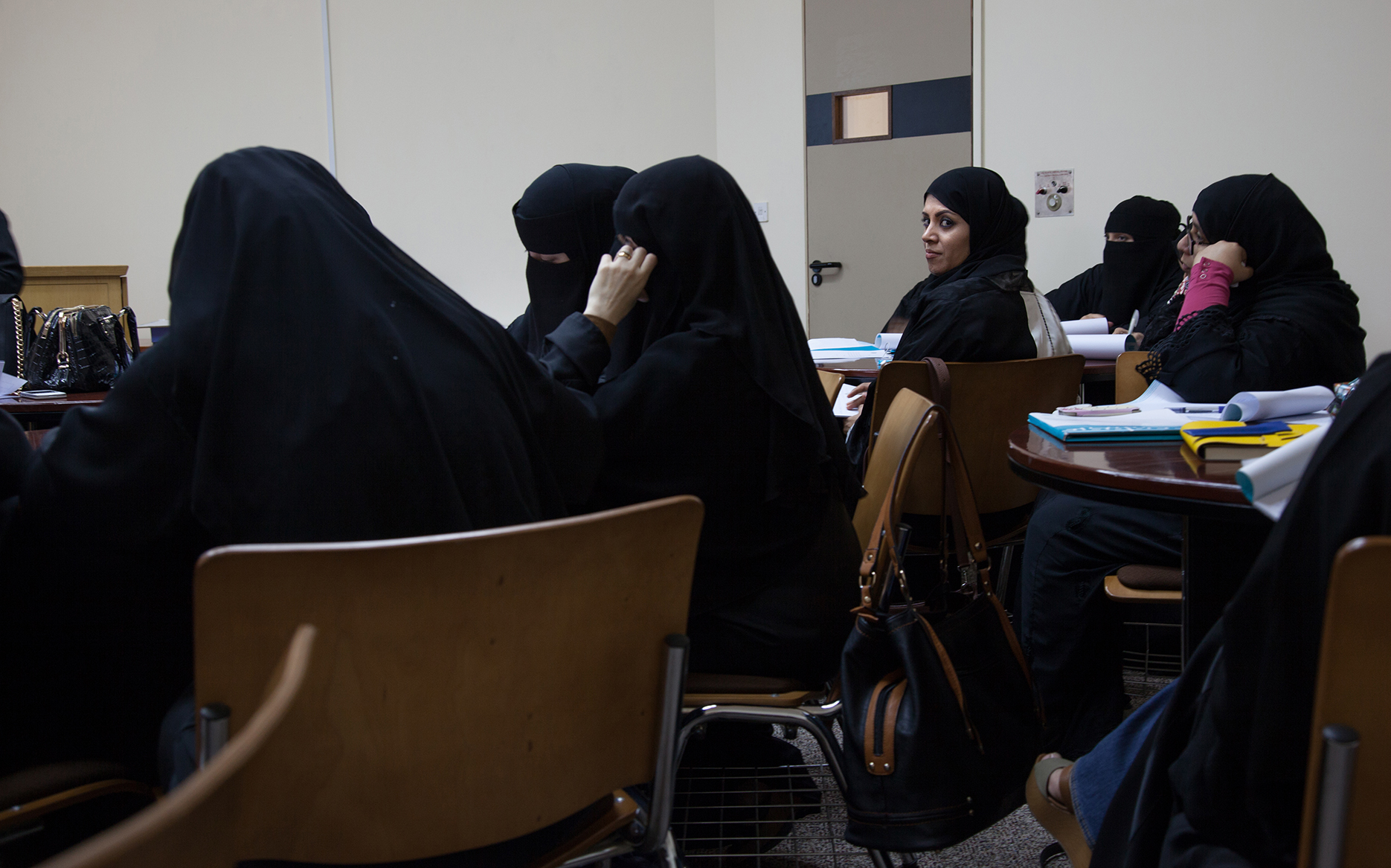 This piece was published by the Christian Science Monitor on May 1, 2014.

Tahani Al Marri, 23, has her future planned out. The Qatar University senior in communications is determined to work in public relations for the country’s Olympic committee. And when she marries, she has just one demand: a husband who supports her career.

“Of course when I get married I want to keep working,” Ms. Al Marri says. “If he says he wants me to stay at home, I’ll just show him the door.”

The studious, confident women in Qatar’s universities show how much has changed since Qatar’s rapid development began in the 1970s. Women have yet to make equivalent gains in the workplace, even as their world has expanded.

“Before Qatari women were like a shell, totally closed. We were afraid to speak out and get involved in society, especially dealing with men,” Al Marri explains. “But now the shell is open.”

Women outperform the men at every level of education in Qatar and outnumber them in college classrooms by nearly two to one. High school and university instructors often complain male students seem bored and unmotivated.

Still, Qatar remains a patriarchal society in which boys grow up knowing that they will inherit family businesses or easily find high-paying government or military jobs that may not require a degree. Men have more social freedom than women, which helps explain their low university enrollment rates, says Moza Almalki, a Qatari psychologist.

“Boys have their cars, their friends, their own lives. Girls don’t get that at all, so they have more time to study,” she explains.

For all their education, women remain underrepresented in the workforce: Only 35 percent of Qatari women work, compared with 68 percent of men. Qatar has a goal of bringing female participation up to 42 percent by 2016, but it’s a hard sell because generous welfare benefits remove any financial incentive. For families, a second income is rarely necessary.

Then there’s tradition. Shareefa Fadhel, founder of the Roudha Center, which trains women who want to start their own businesses, says that most families have no objection to their daughters working, but about 80 percent of them prefer that they work in gender-segregated offices. That limits promotion opportunities by preventing interaction with supervisors, who are usually men.

And men are still preferred for senior positions.

“There are not enough Qatari men that could be in leadership positions. So when a potential leader or manager is identified, firms and companies, including government entities, hold on to them tightly and promote frequently, even if that means this man is moving from one organization to another,” Ms. Fadhel explains. “Consequently women are forgotten and left behind in the development and leadership ladder.”

Among younger Qataris, there are signs of progress: More than 60 percent of women between the ages of 25 and 34 work.

Aysha Erbad, 30, says all of her friends work. The instruments engineer at Maersk Oil Qatar acknowledges that some industries, like hers, are difficult to mesh with local customs, but that companies are trying to strike a balance.

Many families don’t want their daughters to work on offshore oil rigs overnight or for extended periods of time away from home, as workers often do in the oil and gas sector, she notes. So Maersk allows women to conduct day visits to offshore sites.

Michael Ross, author of “The Oil Curse,” says the Gulf’s dependency on oil explains why there are so few women working in the region. Rapid oil-driven wealth means that countries skip stages of industrialization that would normally bring more women into the workforce.

Moreover, most available jobs in Qatar are in construction and petroleum industries, which are male-dominated around the world, says Prof. Ross, who teaches political science at the University of California at Los Angeles.

Many young Qatari men say they expect to marry women with jobs.

Mohammed Al Mulla, a 29-year-old who co-founded a local coffee shop, is married with two young sons. His wife works as a legal assistant at Qatar Petroleum.

“Let’s be honest, most Qataris don’t really need the money from the wife working,” he says. “But I think it’s almost an expectation that if a man marries, the woman would be working because Qatari women want to have a career and a professional network.”

His wife’s experience has been transformative, he says. He guesses that many men would be prepared to do more childcare and housework to make it work.

“She even has more energy for the kids because she has more personal goals outside of the family to focus on,” Mr. Al Mulla says. “It will definitely be a good thing. I mean, this is basically more equality in a relationship instead of just dumping everything on the mom.”

Khalifa Al’Attiyah, a 26-year-old who runs his own marketing company, reckons that at least half of Qatari men would be fine with a working wife. He says he wouldn’t mind marrying a fellow entrepreneur.

“Does she have money? We could pull resources!” he says jokingly. “I would never force her to stay at home. Because then it’s not like a relationship – it’s more like slavery.”