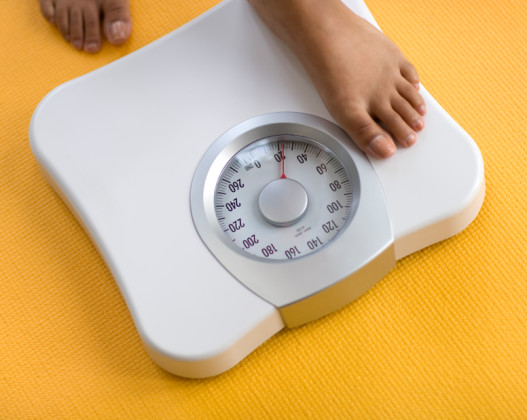 This opinion piece was published on RoleReboot on April 7, 2015.

A Victoria’s Secret model mocks me from my refrigerator door. Her stomach, smooth and flat, taunts me as I glare at it. How I wish I could take a butcher knife and just slice off the flabby rolls from my own. If only body contouring were that easy.

Instead, I sit staring at a picture I cut out from a crappy underwear catalog, hoping it will be enough to suppress the rumblings of hunger churning deep within my gut.

I am a cliché. More than that, I am a feminist failure.

Or so I think to myself. Because logically I know I am behaving foolishly. Health wise, my weight is fine. My BMI is right in the middle of the “normal” range, exactly where doctors say it should be. I get called thin, even skinny. Sometimes colleagues tell me they wish they had my figure.

Before you lambaste me in the comments, let me assure you I’m not writing this post as some pathetic attempt to humblebrag. Because honestly, when people say things like that to me, I don’t understand what they are talking about.

Why look like me when you can look like the model taped on my fridge, appropriately curvy without an inch of bloat on her body? Want my figure? It comes complete with a lower belly bulge that won’t go away no matter how much exercise I do or weight I lose. Wish for Hannah Davis’ or Rihanna’s genes—anyone but mine—because I’m never going to look flawless in a bikini like they do. And it burns me up inside.

I’m not a model or professional actress. My career is not dependent on how “hot” I look. I don’t have to sell movie tickets, albums, or aspirational beauty products by commodifying my body. So it doesn’t matter. It shouldn’t matter.

But it does. Of course it does. That message is everywhere. It invades our thoughts, daydreams, and nightmares. It is an albatross that swoops down on every woman, no matter her size, and defecates in her brain.

It’s what prompts me to press up against the underside of my jaw after I’ve eaten a cupcake for fear that I’ve instantly sprouted a double chin.

It’s what pushes me to re-start every failed diet attempt. It’s what makes me lie to myself that I can eat nothing but lean meats and salads. Or do high-intensity interval training for an hour each day. Or stop at three squares of dark chocolate each night.

It’s what makes me glower at every magazine cover and TV show I see, desperately wishing I looked like those women: the ones who disappear when they turn to the side. If I did, I would be happy, fulfilled. My life would have meaning. I would be perfect.

The closest I ever came to achieving it was four years ago. Spurred on by preternatural motivation (the likes of which I haven’t been able to conjure again), I lost 20 pounds so I could look “amazing” at my wedding.

The strategy was to drop two pounds per week. Easy, right? Well, despite my meal plan and perhaps because of my already “normal” body weight, I could only reach my goal by basically starving myself on the weekends.

It worked. In six weeks I shot down two dress sizes. I got tons of compliments. I thought I would never gain the weight back—that people who did were just weird or undisciplined. I was over the moon.

Except when I wasn’t. On the BMI chart, I was at the very bottom of the healthy range, just on the cusp of underweight. But I still hadn’t lost my lower belly pooch. This roundness angered me. Where was the flat stomach I was promised? How many more hours could I possibly spend at the gym?

And why did any morsel of food suddenly seem to stick tenaciously to my body? I became obsessed. I considered taking laxatives. At one point, I convinced myself I had developed cankles.

But worse than that, I was hungry. So hungry. ALL THE TIME.

Much has been written about how it’s nearly impossible to maintain weight loss long term. That a person’s body rebels and drives them to make up the pounds lost. All I can say is: yep.

After the wedding, my willpower collapsed. I ate everything in sight. I couldn’t stop even when my stomach cramped from fullness. Within a month, I gained all the weight back.

I’ve been trying to re-lose it ever since.

You may wonder why I keep putting myself through this. After all, I’ve already learned that kind of 20-pound deficit in my frame is completely unsustainable. It’s an irrational effort.

Even more, it’s a sexist demand. Women know it. So why do we still give in to what feminist scholar Jean Kilbourne says is the mass media’s attempts to ensure women do not “take up too much space, literally or figuratively”?

In her iconic 1999 essay, “The More You Subtract, the More You Add,” Kilbourne writes:

“Some argue that it is men’s awareness of just how powerful women can be that has created the attempts to keep women small. Ind­eed, thinness as an ideal has always accompanied periods of greater freedom for women…”

Intellectually I get it. I see the misogyny she cites. But despite my feminist credentials and media literacy skills, I’m not immune. I cave precisely because SOCIETY.

Men assume women obsess about their looks because they want to attract husbands. That once they find a man who loves them the way they are it won’t matter. But at least in my experience, and I venture to guess for many women, it’s not about impressing men.

It’s about fitting in with society in general—a society that tells us only one body type is ideal. If you don’t have it, you’re worthless. You don’t deserve satisfaction in life. You don’t belong. Men control that society, of course. But I think many of us take that fact for granted and stop questioning or even recognizing it.

So I continue to suffer inner turmoil. One day I am pumped with righteous feminist anger; I vow to ignore vapid beauty ideals. The next day I’m contemplating shelling out a hefty deposit for liposuction (no joke, just last week. Didn’t go through with it).

No matter how many anti-fat shaming and body acceptance posts I read and share, the feeling of inadequacy returns. Then I am right back where I started: staring enviously at some other Photoshopped woman fastened to my fridge.

Like many women, I am trying to break free of this cycle. But when the deck is stacked so high against us, freedom seems rather fantastical.