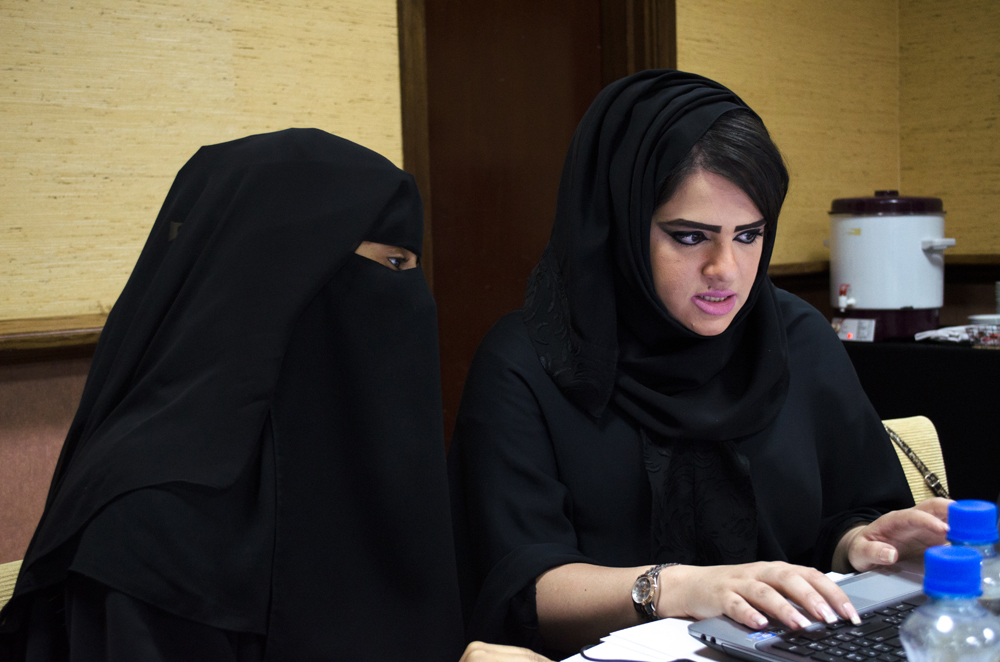 Despite having spent billions of dollars to revamp their education systems during the last two decades, Gulf countries are still struggling to prepare students for higher education and the workforce, according to a recent report voicing students’ views.

Many Gulf Cooperation Council youths are dissatisfied with the quality of their country’s education and believe more reform is needed, according to a 2013 report by the global management and consulting firm, Booz & Company titled, “Listening to Students’ Voices.” The firm commissioned a survey of more than 1,300 high school and first-year university students, including nationals and expatriates, who attended private local, public and international secondary schools in Qatar, Kuwait, Saudi Arabia and the United Arab Emirates. Among the key findings:

While many students surveyed believed they were receiving a good education, 15 percent said they were “not at all confident” or “not very confident” about receiving the best education. Twenty-one percent were neutral.

Fifty-seven percent of surveyed students in the Emirates said they thought their country’s education system is superior to Western systems. But only 43 and 42 percent in Qatar and Kuwait, respectively, felt the same. Students in Saudi Arabia appear to doubt their education system’s competitiveness the most; only 25 percent said their system is better.

Large majorities in each country want to see more education reform, including 76 percent of students in Kuwait, 81 percent in the Emirates and 87 percent in Qatar. Those in Saudi Arabia have the least confidence in their education, with 94 percent saying it needs reform.

According to the report, the number of the students in the Gulf is expected to grow from 9.5 million to an estimated 11.3 million in 2020.

A Booz & Co. researcher and report co-author, Mounira Jamjoom, said in a phone interview that while educational improvements have been made in Gulf countries, schools are still not preparing students properly.

“What is being taught in many schools – and not necessarily in terms of academics, but in terms of skills – is creating what is known as ‘a mismatch’ with the requirements of a 21st century workforce.” She said schools are not teaching skills such as communication, critical thinking, logical thinking, and team work, which are key for succeeding in an increasingly competitive environment. “For example, younger generations like to work in teams and this is not something that is reflected in a lot of the traditional schooling methods.”

The Booz & Co. report cites the main reasons for this mismatch of skills, which include unchallenging courses and a lack of qualified teachers, particularly those knowledgeable in math and science. The reasons also include outdated teaching methods, such as relying heavily on textbooks and lecturing rather than using new technologies.

Qatari Nasser Al Naama, 25, can relate. He said that his public high-school education did a poor job preparing him for university, let alone a career. His education came to the test when he was accepted into the University of Sydney’s foundation program for international students. In his Qatari high school, Al Naama said that they didn’t learn the necessary and basic skills that would have helped him in college. “My high school emphasized rote memorization. That’s why throughout the academic year we didn’t really study except before exams. We just had to memorize whatever was in the textbooks.”

In Sydney, he couldn’t cope with a different style of education. Even basic habits like going to class on time, taking notes, critical thinking and time management were difficult for him. “I just didn’t know how to do it,” he said. The foundation course didn’t work out well for Al Naama, “I couldn’t handle the stress and the responsibility. So I came back, I didn’t finish.” After exploring different study options and working at a local bank, Al Naama eventually applied to Virginia Commonwealth University in Qatar, where he is now a senior studying painting and printmaking.

Most students surveyed in the Booz & Co. report said they plan to attend university and believe employment security is essential for their well-being. But they say they are not getting proper academic and career guidance from school officials, like how to apply to universities and what courses to take to prepare for certain careers.

Instead, many students seek advice from family members and friends who are as “uninformed as the students” about career options, according to the report. Most students end up picking the “most obvious, safest career paths,” typically joining the military or working for a government ministry.

The low number of students aspiring to work for private companies or start their own businesses has been an ongoing problem for many Gulf countries. Because of the wealth from oil and gas reserves, most have been able to offer their nationals high-paying public sector jobs that require minimal effort and short work hours.

But Gulf governments acknowledge their oil will not last forever and they will not be able to sustain their large and well-paid public workforce. As such, they have been trying to diversify and transform their carbon-based economies to knowledge-based ones. But it appears secondary schools and the students in them have not gotten on board yet.

“According to our study, a third of GCC students still prefer to work in public sector jobs. So they feel there is a secure job for them when they graduate although that’s not necessarily the case. Better education for the labor force and about the labor force is critical,” Jamjoom said. “Students need to know what constitutes a healthy workforce, about economic development in their country, and what options they have when they graduate.”

Higher Education Picks up the Slack

Unemployment rates among the Gulf’s youth are rising. Booz & Co. studies show 22 percent and 31 percent of 25-29 year olds in Qatar and Saudi Arabia, respectively, were unemployed in 2010. Among 20-24 year olds, the numbers rise to 40 percent in Qatar and 48 percent in Saudi Arabia without jobs.

Governments have responded by investing in vocational schools and training programs. Booz & Co. reports that Saudi Arabia’s budget for technical and vocational training is set to rise by 41.6 percent from 2010 to 2014. Likewise, as part of its development strategy, Qatar has pledged to increase the number of technical streams and institutes. However, interest in these programs remains low. Only nine percent of the survey respondents said they planned to obtain a technical degree.

Qatar University, for example, boasts several industry chairs and advisory boards, including ones on business, mass communication, engineering and education, to ensure professors are aware of the ongoing challenges in these fields. Internships are also a requirement for many of the university programs.

The American University of Sharjah, which offers programs in engineering, architecture and design, and business and management, employs a similar strategy.

Ali Shuhaimy, vice chancellor for enrollment management at the university, explained that part of the institution’s strategic plan was to directly engage people outside the university. “We have advisory boards at our colleges to get advice from professionals in the industry and guidance to know where we should focus our energies and exactly what we can do as an institution to be part of the overall long-term development of the country.”

Gulf universities are also picking up the slack for high schools when it comes to preparing students for higher education. Many offer foundation programs for students who can’t meet the English, science and math requirements when they apply the first time around.

In Doha, Qataris unwilling to or incapable of studying for a four-year degree right away have the opportunity to study at the Community College of Qatar, where they can earn associate degrees in a variety of subjects. Many often enroll at the community college first because they know they are not ready to apply to English-speaking universities.

Texas A&M’s attempts at improving teaching seem all the more necessary in light of the Booz & Co. Students’ Voices survey. In what the report’s authors call one of the study’s more “distressing findings,” students in Qatar and Saudi Arabia are more likely to question the competence of their secondary-education teachers, especially in public schools, than students in the other surveyed countries.. Only 37 percent of respondents in Qatar think their teachers fully understand the course materials. Likewise, only 43 percent of students in Saudi Arabia think their teachers are well trained.

One high school Emirati boy highlighted in the report said “My physics teacher usually doesn’t know how to solve the equation and then he asks you to do it as homework.”

In addition, less than half the students in each country surveyed, with the exception of the Emirates, said their teachers show genuine interest in their academic advancement.

This survey result may not come as a surprise for 21-year-old Noor Khalifa Al-Tamimi. A sophomore at Northwestern University in Qatar located in Qatar Foundation’s Education City campus, she says her independent (public) high school failed to educate her about her university and career options until it was almost too late.

“I remember we had a university fair once and all Education City universities were present at that time,” she said in an email. “It was too late though, I was already in grade 12 and graduating soon. Before that, I didn’t know Education City existed.” If she had been introduced to Education City earlier, where English is generally the language of instruction, she might have had more time to improve her language skills. Instead, she went to Qatar University for a year before enrolling in Qatar Foundation’s Academic Bridge Program, a gateway program that helps students gain admittance to English-speaking universities. When asked what her high school did right, Al Tamimi said, “nothing”. She said that most of her high school friends are either failing their foundation program in Qatar University or are married housewives. Only her determination got her into Northwestern, she says.