I Would Buy Anti-Rape Shorts, and I Hate Myself For It 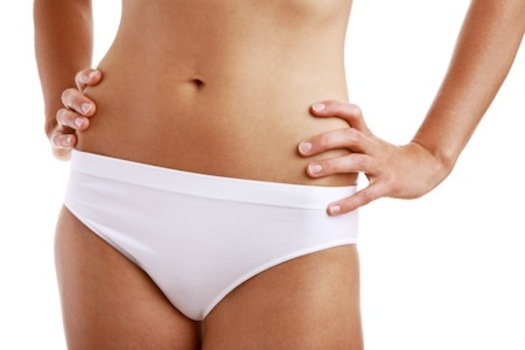 This opinion piece appeared on Role/Reboot on Oct. 27, 2013. This post discusses sexual assault, and may upset some readers.

You’re going clubbing with your friends. What do you wear? That slinky dress you just bought, spiky stilettos, glossy red lipstick? All good choices, but don’t forget your new secret weapon: anti-rape shorts. Slip them on and you’ll never have to worry about sexual assault again.

That’s the solution AR Wear is offering. The new clothing line claims it has designed shorts that are virtually impossible to remove by anyone except the wearer, no matter how drunk, drugged up, or fast asleep she may be. Wear them dancing, jogging, traveling, or under the tightest dress—they’re like Spanx for your bodily honor.

Twitter was buzzing this weekend with dismissive comments from feminist activists who say these shorts are just modern-day “chastity belts.” I don’t necessarily agree with that characterization. Chastity belts were created during the Middle Ages as a way for men to control their wives’ sexuality. Theoretically, anti-rape shorts give women power to protect and control their own bodies. But I understand why many feminists are unimpressed.

Anti-rape wear is another example of how women must shoulder the burden of sexual violence and misogyny. This time around, we have a say in whether we wear them, but we are still allowing men—or our fear of them—to indirectly control us.

We don’t need another commercial campaign telling women how to protect ourselves. We already know. I carry pepper spray, always keep a close eye on my drink, and even know a few self-defense moves. Does that keep me safe? Maybe. But these actions don’t do anything to solve the underlying problem: We live in a world where men frequently dehumanize women and think they are entitled to women’s bodies whenever they want.

What we really need to do is teach men not to rape. That’s what Zerlina Maxwell tried to explain on Fox News last spring, if only Sean Hannity had let her get a word in edgewise. And with the rise of more and more shocking sexual violence cases, from Steubenville and Maryville to the Delhi gang rape and murder, it’s a lesson that the entire world desperately needs to hear.

Anti-rape wear is another measly Band-Aid on the societal infection that is male privilege and sexual entitlement. It requires heavy medication and surgery: If we’re going to bring an end to gender-based violence we need products and campaigns that re-socialize men from their misogynistic upbringings.

I think AR Wear has good intentions. Their product line could even help some women. But it is still problematic.

First, they need to re-think their phrasing. The company’s tagline is “A clothing line offering wearable protection for when things go wrong.” As Louise Pennington on Ending Victimization and Blame points out, rape isn’t something that “goes wrong.” It’s not an accident. It is a crime committed with intent. Furthermore, as she explains, anti-rape shorts could become another excuse to victim-blame women. You had too much to drink? You didn’t lock your window? You didn’t have your shorts on? Well, you should have known better. Again, the burden of guilt and resistance is on women, not the men who can choose not to rape.

Second, how convenient is anti-rape clothing really? Rape can happen anytime, anywhere. And most survivors of rape knew the assailant in some way before the attack took place. That means any of my colleagues, friends, and family members could potentially assault me. I guess I need to wear these shorts 24-7. Also, how expensive will they be? Will all women be able to afford multiple pairs to wear every week?

Third, watch the promotional video. Notice anything off-putting? With the exception of two or three quick photos, the models in the video are super-thin white women. Apparently those are the only women who get raped.

Lastly, the shorts only provide protection from penetrative sexual assault. There are many other ways for rapists to violate women. And will the shorts push frustrated rapists to kill their victims instead? In the video, AR Wear states “studies show that resisting sexual assault lessens the chance of a rape taking place without increasing the violence of the attack.” I hope they’re right. The company did not provide a source.

Yet, despite all its faults, I confess the product intrigues me. As a college student, I would have bought these shorts in a heartbeat. A part of me wants to today.

The shorts don’t address the root cause of rape, and I don’t think it’s fair that it’s always the woman who has to restrict her movements to protect herself. I disagree with Emily Yoffe that women need to stop drinking like men to be safe from rape. I think we have every right to party as hard-core as they do without worrying we’re going to be assaulted for it. And we should be able to go out into the world without having to don protective shorts. So why do I still want to buy a pair?

I’ve been brainwashed. I too have been socialized to believe only women can prevent assault. In other words, men can’t be reasoned with, but women sure can.

How did we get to this point? I blame sexist media. It has scared women into submission.

When I was in junior high, my sister and I went to see L.A. Confidential. We loved detective stories and thought the film looked really cool. I did not expect to come out of the theater traumatized. I refuse to watch it again, so some may accuse me of misremembering the plot. But as a 12-year-old, all I remember is that a lot of women get raped in the film. Or at least that’s what it seemed like to me.

From that point on, the fear of rape engulfed me. During high school, after watching a Lifetime movie about a woman who wakes up mysteriously pregnant after visiting the dentist, I started worrying that someone would rape me while I was asleep (even without roofies) and I wouldn’t wake up to remember it.

Seriously! Even though I wasn’t sexually active, if my period was late for any reason, that’s the conclusion I would jump to.

I realize I’m an extreme case. But I’m certain many girls develop rape-paranoia because of Hollywood flicks. Yes, concern of rape is justified. It’s common knowledge that one in five women are raped or experience an attempted rape in America. But movies and TV shows that throw in gratuitous sexual violence to make their plots more “interesting” don’t help. And they do it all the time, from Downton Abbey to Hansel and Gretel: Witch Hunters.

This teaches women we can never get too comfortable, confident, or “uppity” or else someone will put us “back in our place” by raping us.

That’s why against my best feminist judgment, I still restrict my own freedom and desires. I continue to second-guess party invitations, long-walks at sunset, or travel opportunities all because I think something may “go wrong” if I try to live my life the way a human being should be able to.

That’s the reason I am tempted to buy anti-rape shorts, and I hate myself for it.

Christina Paschyn is a freelance multimedia journalist and academic currently based in Doha, Qatar. She blogs at FemItUp! Follow her on twitter at @cpaschyn.