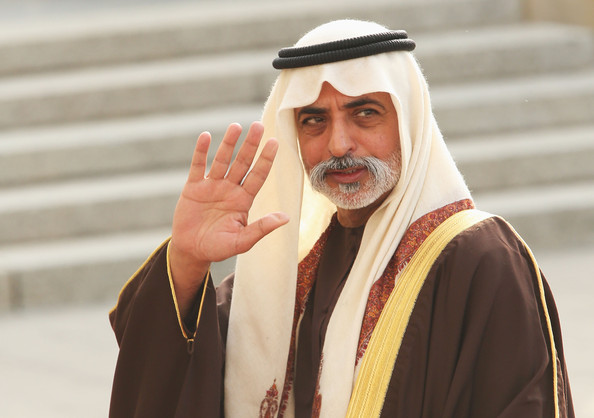 This article was published on March 19, 2013 by Al Fanar, an independent news site dedicated to covering higher education in the Arab world.

A recent shake up in the United Arab Emirate’s Ministry of Higher Education and Scientific Research has left many local academics uncertain about the future of higher-education leadership in the Gulf country.

Sheikh Nahyan bin Mubarak Al Nahyan, who led the ministry for more than 20 years, stepped down from the position last week as part of a general cabinet reshuffling. He will move to another cabinet position and will keep control of the three federal universities, which one source called “his babies.” Sheikh Hamdan, Nahyan’s younger brother and the minister of public works since 2004, has succeeded him as head of higher education.

Sheikh Mohammed bin Rashid Al Maktoum, UAE vice president, prime minister and ruler of Dubai, announced the cabinet changes on Twitter. Those changes included new appointments to the ministries of state affairs and energy. The sheikh’s tweets implied the government is making way for a younger generation: “There will be young faces with new ideas and energy to keep up with the rapid changes and to deal with our people’s top priorities,” he said on March 12th.

But the unexpected announcement of Sheikh Nahyan’s departure from his long-held position (from 1990-March 2013, minus a two-year period as Minister of Education from 2004-2006) caught many UAE professors and educators off guard.

“I safely can say I don’t think anybody within the normal education circles saw that coming,” said one source broadly familiar with UAE higher education, who asked to remain anonymous to protect his job. “From a career point of view, Nahyan has been in that position since the beginning.”

Nahyan, a member of the monarchy, is a respected and popular figure in the UAE. Academics and international journalists often praised him for his efforts to advance higher education. During his tenure, he was credited with tightening admission standards for federal universities and establishing preparatory programs for students who could not make the cut. He also created an academic accreditation commission and many supporters say his work has led to an expansion of higher-education opportunities for Emirati women as well as the near eradication of illiteracy in the Emirates.

His most controversial policy was to make English the main language of instruction for most of the country’s colleges and universities. “Nahyan has always had a very straightforward point of view about this and felt that students should be bilingual, that English is the business language of the world, and if [Emiratis] were going to ‘succeed’ that would be the language they should work in,” said one source.  But some parents and members of the Federal National Council, formed to represent Emiratis in the government, have continued to agitate for a return to Arabic.

Nahyan now has been appointed the Minister of Culture, Youth and Community Development. And he has told local media he will continue to lead the UAE’s three federal universities: Zayed University, United Arab Emirates University and the Higher Colleges of Technology.

“One might have expected, because this is the pattern that Nahyan himself had set, that the minister of higher education is also the president of these universities. I wonder personally whether that’s not a kind of transitional stage,” said Alma Kadragic, a former director of the masters programs in media and communication and international studies at the University of Wollongong in Dubai.

Other education sources speculated that perhaps Nahyan’s retention of the federal universities may be temporary while his brother learns his new job.

“That may be a part of this deal,” a source said. “Let’s assume Sheikh Nahyan for the next year stays in that current position as the head of the three universities. It’s a good mentorship; it’s a good way to educate someone as they’re moving into a new position.”

Kadragic cautioned that the lack of government transparency in the UAE means academics can only guess what the motivations behind ministerial changes may be.

Matt Duffy, a former communication professor at Zayed University, speculated that Nahyan may have been pushed out of his existing job for being too liberal.

“Nahyan understood the value of education, including a liberal arts education,” Duffy said. “I believe he welcomed the role of dialogue, free speaking and a free exchange of ideas in higher education. He was definitely a good higher education minister.”

Last year, Duffy’s contract at Zayed University was unexpectedly terminated. He said he was forced to leave the UAE because he challenged the country’s culture of journalistic self-censorship.

Duffy said he was told Nahyan had tried unsuccessfully to appeal his contract termination, which had been ordered from “outside the university system.” He speculated that perhaps the sheikh is facing a reprisal for trying to promote more open academic discourse.

Since the Arab Spring, UAE security forces have taken a stronger role in telling universities what they can or cannot do and what types of academics could be hired, Duffy said. “It became very well known at Zayed that academics from many Arab countries simply were not going to clear security.”

Other academics and policy experts expressed concerns about whether Nahyan’s younger brother, Sheikh Hamdan, will be up to the challenge of running the demanding Ministry of Higher Education and Scientific Research.

“[Sheikh Hamdan of the Ministry of Public Works] is very low-profile,” Kadragic said. “One didn’t read his name in the paper every day. Sheikh Nahyan was covered quite often because of his activities with these universities. He was opening and organizing conferences all the time.”

That visibility will be needed to win support for education, sources said: “This isn’t the Defense [Ministry]. This is tougher money to secure.”

Some academics said that if the UAE does not offer better hiring packages and more research support to potential faculty members, the country may lose high-quality professors to other Arab nations like Qatar, which dedicates approximately 2.8% of its annual gross domestic product to research and development. The UAE, on the other hand, invests a fraction of one percent on scientific research.

Others are more optimistic about the new minister’s potential. Dr. Abdulkhaleq Abdulla, a retired Emirati professor of political science at UAE University, said he hopes the younger bin Nahyan will make up for his brother’s shortcomings.

“The position could have gone to anybody but the fact that it is Nahyan’s brother is immaterial,” Abdulla said. “The fact is somebody had to take over from Sheikh Nahyan and it just happened that his brother has taken over. I think you have a lot of good work done so far, and he needs to consolidate the good work that was done by Sheikh Nahyan. But there are other things that he could do better, starting with the Emiratization of faculty members.”

“When you look at the faculty [at Zayed and HCT], they are all non-UAE, and that is one thing Sheikh Nahyan has not addressed,” he added. “To leave this out for 10-20 years without addressing it in a proper way is a major deficiency of Sheikh Nahyan’s handling of higher education in the UAE.”

Representatives from the Ministry of Higher Education and Scientific Research and Ministry of Public Works did not respond to requests for interviews.