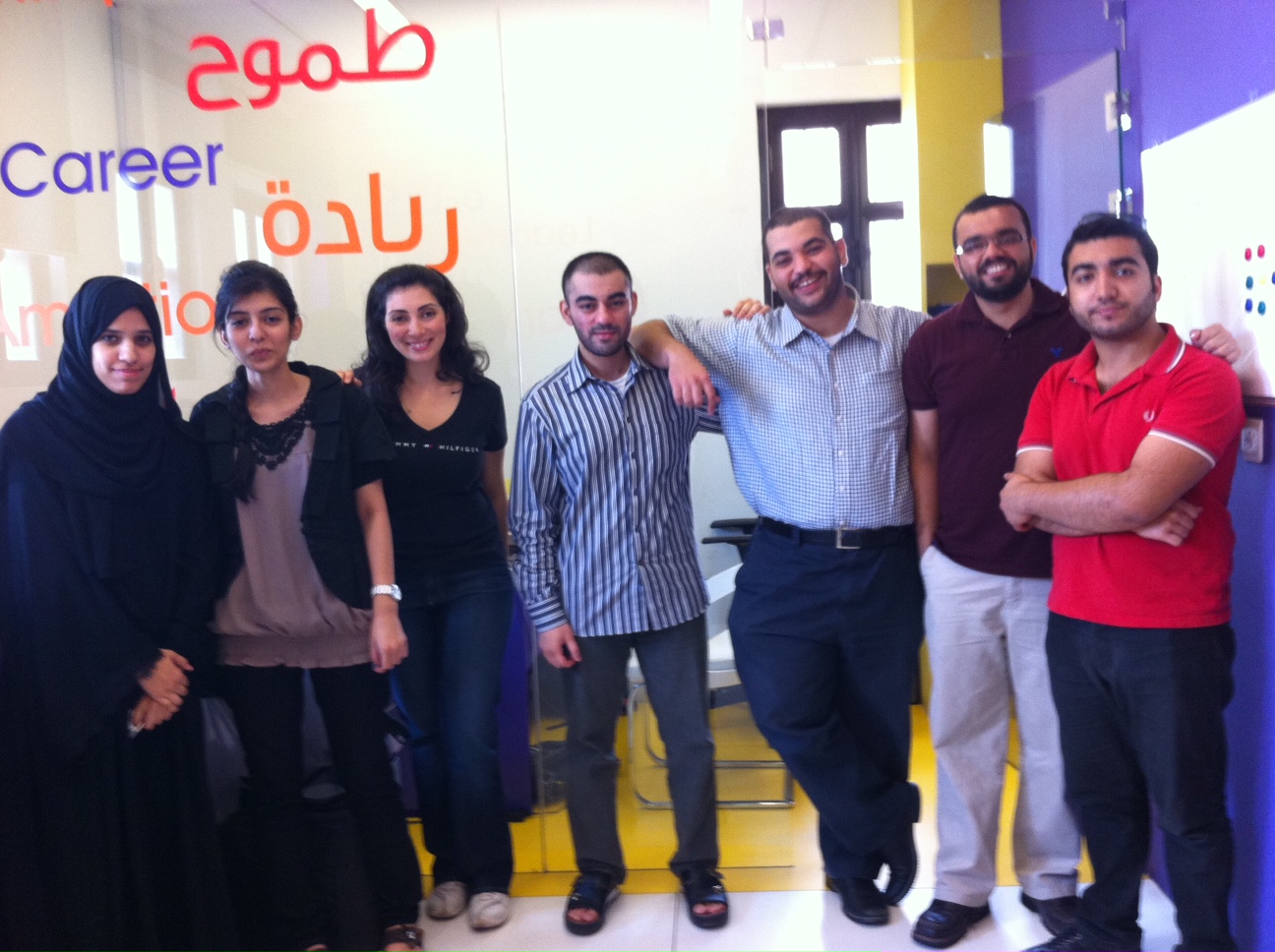 This articles was published by Wamda on September 8, 2013.

Two years ago, Diana Al-Dajani had a big problem. Her then five-year-old son loathed doing his Arabic homework.

“It was an agonizing process. I was doing homework with him and he was screaming, ‘I hate Arabic, I hate homework, give me anything but Arabic!’” recounted Al-Dajani, a former IT solutions territory manager based in Doha, Qatar.“His homework was to blend two sounds together. I realized he didn’t even recognize the sounds or the letters for him to blend. I talked to the school about it later, and they said they don’t have time to make sure each child masters the skill before adding another one.”

So instead of forcing him to sit still and finish his worksheet, Al-Dajani decided to try a different approach. She wrote the letters and sounds on small square sheets of paper for her son to scramble and match together.

“Just after 20 minutes of playing this game, we had a line of the sounds beside each other, and we were trying to figure out what random drum sound did we make this time,” she explained. “And this is how he got it!”

The game was such a hit that the next day her son asked to play it again. But busy with work, Al-Dajani searched the web for a fun Arabic reading game for him to play instead. Disappointed with the lackluster children’s options she found online, she decided to put her computer engineering background to good use.

“I couldn’t find anything that matched the curriculum that he was studying at school -it’s all about relevancy. So I made that game for him,” she said. “He loved it! I was telling my friends the story and they loved it and said they wanted the game, too.”

That’s how her company, eduTechnoz.com, was born. With a mission “to inspire children to fall in love with Arabic by enabling kids to master every aspect of the language,” the bilingual site now offers more than 150 Arabic games for children aged three to seven. Users register for free and get access to five beginner games, and then have the option of choosing from among three different subscription plans that offer unlimited games monthly, biannually or yearly. Al-Dajani says the site already has around 20,000 registered users from around the globe.

“After conducting focus groups we found that everyone from parents to teachers to students have the attitude that Arabic is hard. And from the focus groups we learned that’s because the schools are using outdated methodologies to teach and the creative and innovative teachers can’t find proper resources to help them convey the message,” Al-Dajani explained.

She says eduTechnoz tries to overcome this stigma by “gamifying” the entire learning process for children. Not only do users learn to read in Arabic through the site’s interactive computer games, they also get to collect badges and awards when they complete each game and skill level.

Stacking up against the competition

The closest competitor eduTechnoz has is perhaps Jordanian company Little Thinking Minds, which offers a few games as well as songs and video downloads for children under seven. However, the online games provide only basic preschool instruction and users are encouraged to purchase DVDs and CDs for more comprehensive lessons.

eduTechnoz, on the other hand, is an entirely SaaS (software as a service) enterprise, meaning all games are hosted through the site, so no downloading or mail ordering is required. The games are also a lot more sophisticated; featuring movable objects, bright colors and lots of bells and whistles, they seem guaranteed to persuade even the most skeptical of kids that learning to read in Arabic can be easy and fun.

But the best part of Al-Dajani’s product is that the site’s games are designed based on the standard Arabic-language curriculum used in many schools in the Middle East and can be seamlessly integrated into classroom instruction. Parents and teachers can also keep track of children’s progress through real-time reports.

“We provide an accumulative history of all the games a child plays,” Al-Dajani explains. “We analyze it in such a way that a teacher or parent would have a very powerful diagnosis tool to find individual weaknesses in a child, which is very hard to do in a classroom.

The platform’s monitoring system can also email a parent or teacher whenever a student’s performance dips below the expected average; a report will recommend key lingual skills that need further attention.

After being named best female entrepreneur at the 2013 MIT Enterprise Forum Arab Business Plan Competition this year and winning second place in this year’s Al Fikra Business Plan Competition, Al-Dajani is accelerating the startup’s growth, teaming up with two nurseries and an international school in Doha to incorporate eduTechnoz games into their instruction. A steady stream of interns from Doha’s top universities are also now helping her design games and make the site mobile and tablet friendly.

But perhaps the biggest indicator of her success is the video she showed me of school children playing her games via a big screen in a classroom. Loud laughter and screams of excitement pierce the air as the kids interact with the screen, a sight that affirms Al-Dajani’s personal mission.

“I want to benefit everyone, so anyone who wants to learn Arabic can. And I want my children to be exposed to these games in their schools so they grow up loving the language and valuing the culture,” Al-Dajani said. “It’s a part of your identity. If you lose that, who are you?”