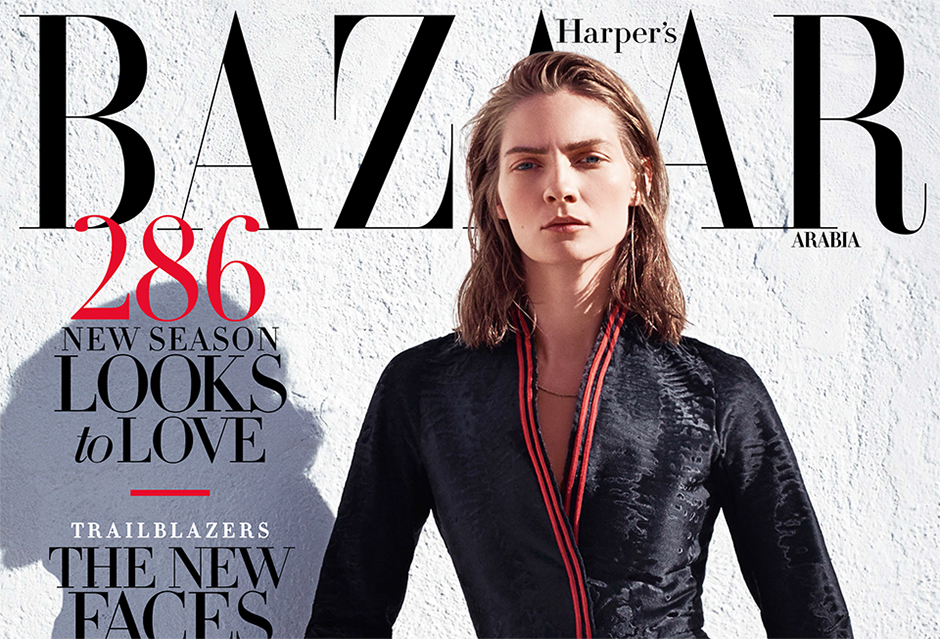 Published in the 2015 Autumn/Winter issue of Harper’s Bazaar Arabia. Download a PDF of the article.

Qatar is a country with big plans for its people, perhaps most especially its women. Women’s empowerment is listed as one of the top goals in both the country’s National Development Strategy and the Qatar National Vision for 2030. Qatari women already surpass men at universities, according to the country’s Ministry of Development Planning and Statistics. But although their dreams and aspirations are ever expanding, the fact remains that much of the Qatari workforce is male dominated. Government statistics show that nearly 70 per cent of Qatari men work, but that figure drops to less than 40 per cent for Qatari women.

Thankfully, if the country’s young female graduates are ever in need of inspiration or a confidence boost, they can look to the many Qatari women who have already climbed to the top of the corporate ladder. Women such as Buthaina Al Ansari, senior director of human resources at Qatar’s main telecommunication company Ooredoo, or Natra Saeed Abdulla, the founder and CEO of the Artan Holding Group; both have been listed as among the most powerful Arab women in the world by Arabianbusiness.com and Forbes Middle East respectively. Then there’s HE Dr Hessa Al Jaber, the country’s very first Minister of Information and Communication Technology, inducted in 2013, and Dr Amal Al-Malki, the first Qatari professor in Doha’s Education City.

These ambitious women have not only made names for themselves, they’ve also expanded career roles for Qatari women. And they did it all while juggling families, studies and their own personal ambitions.

“I decided to take the risk and go to the next level. I changed my sector from financial services to telecom and stepped away from operations to looking into the detail and the big picture,” explains Dalya, who develops and implements corporate strategy, as well as monitors the company’s performance measures and operational efficiency. Before making the leap to Vodafone, she carved a niche for herself in debt and equity finance. “I think it is important to take smart risks and move out of your comfort zone. I believe that you don’t achieve your dreams by simply playing it safe.”

Dalya has never been one to shy away from a challenge. In 1999, she graduated from Portland State University in the United States with a bachelor’s degree in mathematics.

“I think studying math supported me in learning how to think very logically and be precise,” she says. “It is obviously very useful in different areas of life, and it opened doors for me in many fields in my career as well,” particularly in finance, she says, which she had wanted to pursue since high school.

Dalya says she was one of the very first Qatari women to study abroad in the United States at that time. Even today, Qatari women are less likely to study abroad than their male counterparts due to family concerns over safety and perceptions of female modesty. But Dalya had the full support of her family, most especially her father, who she says really encouraged her to seize the opportunity. In many respects, Dalya has been following in her father’s footsteps, who started the business consulting firm International Projects Development Company (IPDC).

Growing up watching him run his own successful company, Dalya says, inspired her to tackle the business world, too. “I knew from early days of my career [in finance] that I wanted to reach the highest position in the corporate world. I also wanted to plan my career path through building knowledge and skills with international standards.”

So, she did just that. In 2000 she joined Maersk Oil Qatar as the first Qatari female in the company since its launch in 1992. Despite earning top marks at PSU, she knew she would have to start at the bottom of the corporate ladder – at least initially.
“I began my [finance] career by doing very simple tasks, such as petty cash and filing,” Dalya explains. “But I really didn’t hesitate; instead, I tried to prove myself and by doing so expand my responsibilities.” It worked, in six months she was promoted to accountant, staying on at Maersk until 2003.

By then she had married and had her first child, a son named Abdulla. Soon after, her husband was offered an international assignment and they moved to Singapore for 18 months. She says she spent that period relaxing and focusing on her family. When they returned to Doha, she gave birth to her daughter, Maha.

One key lesson Dalya says she learned during this period of her life is that, “Career planning is very important, but building flexibility around that plan is equally important. During that period,I chose to focus mainly on my children,” she says. “They were still little and needed my undivided attention, but I still felt I had extra energy to do more.”

So to keep her head in the game, she worked part-time with her father. As the business development manager at IPDC from 2004 to 2007, her job was to develop and maintain alliances within various sectors, including the oil and gas, and construction industries.

“Working with international partners in IPDC made me want to know more and gain more technical knowledge on how to analyse the financial health of firms, in addition to expanding my understanding of the ins and outs of different industries,” she says.
So, in 2007 she decided it was time to go back to work full- time. Abdulla had started school the previous year at age four; she then enrolled Maha in nursery at age two.

Dalya joined Al Khaliji Bank from 2007-2009, where she worked first as a customer relationship management analyst and then as a credit analyst in corporate banking. She says she gained great experience in debt financing but was still eager to dive into equity financing. So in 2010 Dalya accepted a position as a private equity associate in investment management at QInvest, an Islamic investment bank.

But just a year later, Enterprise Qatar offered her a unique opportunity that she says was too good to pass up. EQ, a semi-government organisation, provides support to entrepreneurs. Her role was to help facilitate small and medium size enterprise (SME) development.

“SMEs as a sector was still in its infancy stage with limited support. Therefore, building a strategy to overcome all the challenges and remove all the restraints was challenging,” she says. “Additionally, working at a start-up where there is no solid internal process in place and strong governance was difficult.”

Dalya excelled, however, and that same year she was awarded the Qatar Business Women Award in ‘innovation’ for the work she did in overseeing the first equity fund that provides shareholder loan funds for SMEs looking for capital.

Despite the prestigious accolade, Dalya had a thirst for more. During her employment at EQ, she embarked on one of the most challenging phases in her life. “I decided to also do my Executive MBA with the London Business School, a very demanding degree.” From 2011 to 2013, she says, “I had to juggle between a demanding job, studies, and kids. It also meant no life and no weekends for two years. It wasn’t fun and it was emotionally draining. Juggling it all was difficult,” she explains. “But now when I look back and see what I have achieved, I feel extremely proud. All I had to do is stay focused and never release the gas pedal.

Once again, the hard work paid off, and she credits her MBA with helping her land her current job at Vodafone in 2013, for which Dalya manages and coordinates various projects, such as the Al Johara Program, which trains Qatari women who have never worked before to sell mobile phone products within their own rural and Bedouin communities. The reward for Dalya, she says, is “witnessing the personal development and financial independence of other females. Doing something great beyond myself, and leaving a positive impact are the things that motivate me and drive me forward to be more successful.”

Citing HH Sheikha Mozah Bint Nasser Al Missned as her role model, it is her to whom Dalya turns for inspiration. “She is such a key influencer in my life, or her steadfast commitment in supporting the education, development and wellbeing of women wherever they are.”

There are myriad Qatari women like Dalya who are equally passionate about female empowerment, such as Aysha Al Mudahka, CEO of the Qatar Business Incubation Center, and Shareefa Fadhel, co-founder of the Roudha Center, which provides training and resources for female entrepreneurs. The government is also doing its part by creating organisations that support women interested in business, like the Qatar International Business Forum founded in 2010.

While the male-dominated corporate world in Qatar still enforces limitations on women in business, for Dalya, the biggest challenge they encounter is the limited networking opportunity. “For us females, it is not always easy to network because of some socio-cultural barriers,” she explains. “Men here are privileged. They have their majlis to network in, and they seem to be better informed and more connected than women.”

Naturally Dalya had a way around this obstacle… attending professional events and conferences both inside and outside the country. She also worked hard to build strong relationships for herself and other women within her places of employment. “By actively engaging with people you meet, you’ll be surprised by the number of interesting people you will come across along the way,” she muses. “You will find people that can give you advice; you can raise your profile; or you find people that boost your confidence and inspire you.”

From a woman who worked her way to the top, she leaves us with these wise words, “Believe in yourself and your own ability and never let others’ false and negative opinions distract you from your goals. It takes confidence, determination, courage, curiosity and patience. But ultimately, only you can decide what success means to you. Whatever path you choose, be proud of your achievements.”