Russia Is Trying to Wipe Out Crimea’s Tatars 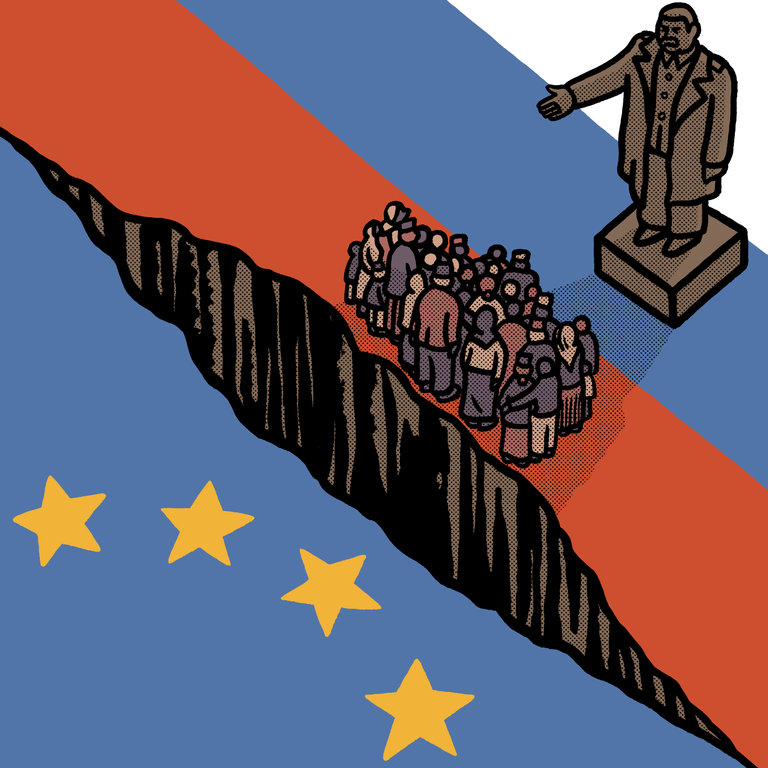 This opinion piece was published by The New York Times on May 19, 2016. More than two years after Putin annexed the peninsula, the world has turned a blind eye.

Russia suffered an unexpected defeat in the Eurovision Song Contest on Saturday when its singer came in third, while Ukraine, of all countries, took first place.

To add insult to injury, Ukraine’s contestant, Jamala, is of Crimean Tatar descent. And she didn’t sing just any song, but a song about her people’s ruthless deportation by Soviet authorities in 1944, when more than 230,000 Crimean Tatars, an overwhelming majority of the population, were exiled from the Crimean Peninsula. Nearly half died as a result of this ethnic cleansing.

Russian officials criticized Ukraine’s victory as yet another example of the West’s “propaganda and information war” against their country. Meanwhile, Europe is no doubt feeling good about itself for delivering a karmic blow to President Vladimir V. Putin of Russia, whose annexation of Crimea in 2014 and continuing war in Ukraine still sting.

But the Eurovision victory took place in the world of entertainment. In the real world, Russia is escalating its crackdown on the Crimean Tatars, who now make up 12 percent of Crimea’s population after the Soviet Union allowed the deportation survivors and their descendants to return in 1989.

On April 26, Russia banned the Crimean Tatars’ legislature, the Mejlis, calling it an extremist organization. On May 12, the authorities arrested several Tatars, including Ilmi Umerov, deputy chairman of the Mejlis. Activists say that more searches and arrests are likely soon. This would be a particularly tone-deaf move on Russia’s part, considering that the anniversary of the 1944 deportation is this week.

But if past treatment of the Crimean Tatars is anything to go by, Russia probably isn’t bothered by that.

The Crimean Tatars have always been easy scapegoats for Russia. Joseph Stalin’s justification for deporting them was that they had sided with Germany in World War II. It’s true that some did, historians say, either because they were forced to by the invading army or because they believed the Germans would liberate them from the Soviet Union. But records show that just as many Crimean Tatars, if not more, did not defect during the war. Many fought valiantly for the Red Army.

Brian Glyn Williams, a historian at the University of Massachusetts at Dartmouth, posits that Stalin’s true motivation wasn’t revenge but instead plans to launch a war against Turkey to retake land that Russia had lost during World War I. Stalin wanted to neutralize potential collaborators; the Crimean Tatars, a Muslim Turkic people, were prime suspects.

Crimean Tatars still refuse to submit to Russian occupation. Most opposed the 2014 annexation, and their leadership continues to demand Crimea’s reunification with Ukraine.

Russia has not taken kindly to this dissent. Russian authorities have shut down Crimean Tatar media. Russian forces have raided homes and mosques, and harassed and imprisoned Crimean Tatar activists, some of whom have disappeared or been killed. Russia has tried to block the Crimean Tatars from publicly commemorating the deportation and has even re-exiled Mustafa Dzhemilev, the Crimean Tatars’ political leader.

According to Ukraine’s Foreign Ministry, about 20,000 Crimean Tatars have fled the peninsula since the annexation. This is devastating for a people who spent 45 years banished from their homeland. Many thought they were done with Russia once and for all when the Soviet Union disintegrated and Crimea belonged to Ukraine. Few predicted that their nightmare would begin anew in 2014.

If the Crimean Tatars are to survive, Western governments must do more to help.

The first step is to formally recognize the Crimean Tatars as the indigenous people of Crimea. Ukraine finally did so two years ago, and the European Parliament later followed. Likewise, the 1944 deportation should be recognized as an act of genocide. Ukraine officially declared it so in 2015 and is now calling on other governments and organizations, including the United Nations, to do the same.

The State Department has issued the occasional news release denouncing Russia’s treatment of the Tatars, but this is not enough. After Russia’s invasion of Crimea, President Obama signed executive orders outlining the sanctions the United States would apply and the justifications for them. These should be updated to cite Russia’s human rights violations against the Tatars. The United States should also push for European Union officials to renew sanctions against Russia when they expire at the end of July. Not doing so would signal to Mr. Putin that he can get away with trampling on Ukraine’s sovereignty.

In addition, American elected officials should support the Stand for Ukraine bill, introduced in Congress in April. The law would affirm the United States’ refusal to recognize Russia’s annexation of Crimea. More significantly, it would prevent the president from lifting the sanctions listed in the executive orders until Crimea’s status has been resolved with Ukraine’s approval.

The Crimean Tatars are doing all they can to resist the destruction of their culture. Last year activists prevented food and power coming from Ukraine from entering the peninsula. The blockade caused blackouts but demonstrated how dependent Crimea was on the Ukrainian mainland. Mr. Dzhemilev and other Crimean Tatar leaders in Ukraine frequently meet with foreign leaders and appear in the news media. Crimean Tatar representatives are trying to make their case to the United Nations.

Is anyone listening? The world does not have a good track record when it comes to protecting indigenous peoples; it is often too eager to sacrifice them for political expediency.

There are those who say that Crimea is a lost cause — that Mr. Putin will never allow it to be returned to Ukraine because Russian ties to the peninsula run too deep. They forget that Crimea belonged to the Crimean Tatars first, long before the Russian Empire, the Soviet Union and Mr. Putin.