Women In the Gulf: Better Educated But Less Employed 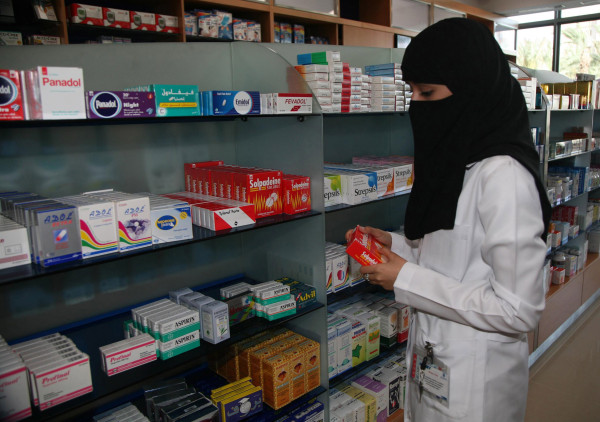 Gulf women continue to graduate from universities at higher rates than their male counterparts, but they are more likely to be unemployed after graduation.

Likewise, the reports show that only 28 percent of female nationals work in the United Arab Emirates, although the unemployed Emirati women have higher educational levels than men. Similarly, just 25 percent of women in Oman and 30 percent of Bahraini female nationals work. Kuwait comes closest to achieving gender parity in the workforce: women make up 67 percent of university graduates and 51 percent work.

One reason for this divide is that many men can find well-paying public employment, such as joining he military or working for a government ministry, without having to go to university.

“I find it ironic that even if I get my degree, I will not earn half as much as someone who joins the military,” said Nasser Al Naama, a Qatari student at Virginia Commonwealth University in Qatar. In 2011, the government increased Qatari public employee salaries by 60 percent and gave military personnel a 120 percent pay raise, in a move viewed by many as an attempt to appease its population in the midst of the Arab uprisings.

“For me I can understand why a lot of boys don’t really care about education,” Al Naama added. “But girls can’t do that – they can’t go into the military. There’s more incentive for them to be financially independent and self sufficient and have that kind of autonomy.” Women, however, can work in government ministries and institutions.

So why don’t many Gulf women go on to find employment after graduation?

For some, it’s a matter of personal preference or cultural sensitivity.

“If our Qatari students want to work, they can find work easily. But we always have 3 to 5 percent of our students who don’t want jobs,” said the assistant dean for academic affairs at Texas A&M University at Qatar Todd Kent, Ph.D. “They’re typically female who came to school, got a degree, maybe got married and they don’t have a need or desire to work.”

Kent added that sometimes a woman’s family wouldn’t want her to work, or she gets a degree in a field she doesn’t want to work in because it requires traveling to remote worksites, like petroleum engineering. “But I would say the majority of it is they may have never planned to work,” he said. “They wanted a degree because that’s a good thing to do and they are smart kids. But once they get married it becomes trickier.”

Booz & Co. senior research specialist, Mounira Jamjoom, who is based in Saudi Arabia, said some women don’t join the workforce because they need transportation and childcare assistance. This is especially true for women of lower socioeconomic backgrounds who can’t afford their own drivers (in Saudi, women are not allowed to drive) or who don’t have an extended family to provide support. But, she added, women’s choices in education are also hindering their employment options.

“A lot of education of women has focused on the humanities in the past, so it is advised to diversify these majors, not just in science and technology, but in creativity. Indeed, the pillars of innovation and a knowledge-based economy are science, technology and creativity,” she said.

The vice chancellor for enrollment management at the American University of Sharjah, Ali Shuhaimy, concurs.

“Almost every woman in the UAE is very excited about getting educated and they are very competitive when it comes to competing with UAE men, because they tend to be more motivated even to get post-graduate degrees,” he said. “But I think the majority of the problem is ladies are majoring in areas where demand is limited for their field in the marketplace. Let’s take an example of a major like philosophy. You would use it mainly in teaching, mostly in public schools. But how many philosophy teachers do they need?”

He added, however, that more science and technology companies are sponsoring women’s university studies by paying for the women’s tuition if they agree to work at the company for a number of years after graduation. He expects to see an increase in the number of women majoring in engineering and science soon.

Shuhaimy also said location is a major limiting factor for Emirati women because of the country’s conservative societal expectations. “There are some social restrictions. Within the UAE if you are from Al Ain, which is close to 180 kilometers from Abu Dhabi, you are still in the same emirate but our female students can’t go to Abu Dhabi and live there.”

Gulf women, like men, are reluctant to work for private companies because of the sector’s reputation of longer hours for less pay. But Jamjoom says even when private companies hire women they are not doing enough to keep them engaged. The women are hired but are unproductive, in a form of “masked unemployment,” because the companies never train them properly to do their jobs.

Regardless of the reasons for women’s unemployment, the economies of the Gulf Cooperation Council are missing out, some observers feel.

“If you have a full employment in countries like the United Arab Emirates, you can actually increase GDP by 12 percent. . .The same goes for other countries in the region,” explained Hatem Samman, the director of the Booz & Company Ideation Center. “We understand there are norms and cultural traditions that we need to abide by in the region.  But we just need to provide that option for women if they want to work.”